O-Mega Patch! Our biggest yet!

First up the world map and planets have been totally revamped. This means your meeples now have a little homeworld and a story will start to unfold. The idea is that you'll begin your first station in orbit of a small moon or planet, and you'll be able to explore the other planets within your solar system using your own ships piloted by meeple. Take a gander at these teaser screens: 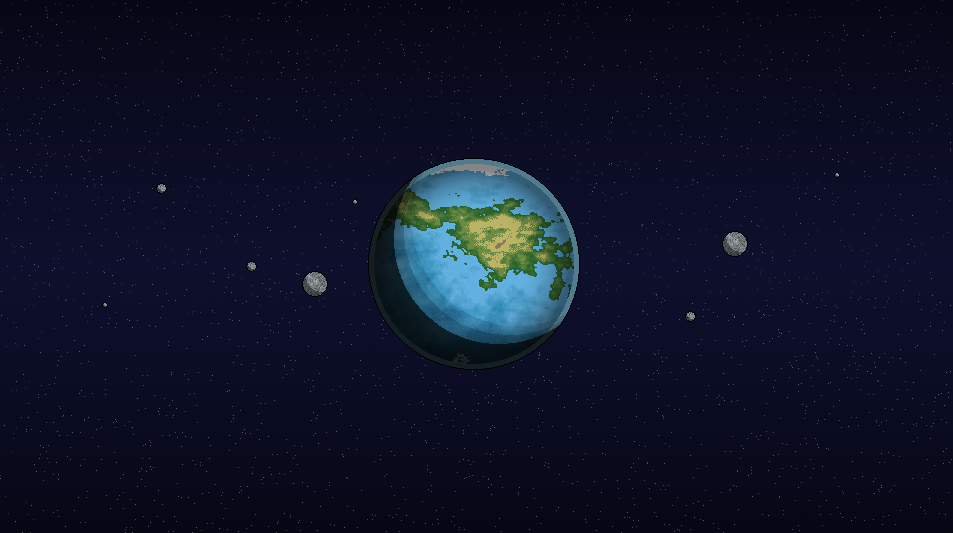 You'll now find a new feature with docking gantries, you'll be able to construct your own ships! Why? well you can now send crew and resources to other stations, YOUR stations in fact, to allow you to build and maintain multiple stations at once with their own trade lines!

Soon we will open up the entire galaxy, as you're currently limited to your own solar system. Second, we're going to overhaul the ship management system, as it's our hope that you'll end up with dozens of stations and a large network of ships, customised of course to your liking, and managed more effortlessly through an intuitive UI.

Of course an update wouldn't be complete with another challenge to tackle and that is the new odour feature. You best maintain a hygienic bathroom for your poor meeple workers.

UI overhaul is next

We have a complete UI overhaul coming in the next few weeks, as well as some overdue changes to how traders will work, introducing factions and persistent entities into your little meeple world. All this and more! we hope you can enjoy what we've been cooking up over the past few weeks and stick around as we expand on it even further!

As always, you can grab a copy on steam or itch.io and feel free to join us on our discord server, we're active daily and love getting user feedback!