How we crafted a Social engine and Emergent Gameplay

Hey there everyone! Vox games here with a quick article about how we've crafted a fully functional social system, with heirarchies, friendships, skills, buffs, and perks in a little under two weeks! The game's name is Meeple Station and you can follow it on some of the links I'll post in the last paragraph if you like! 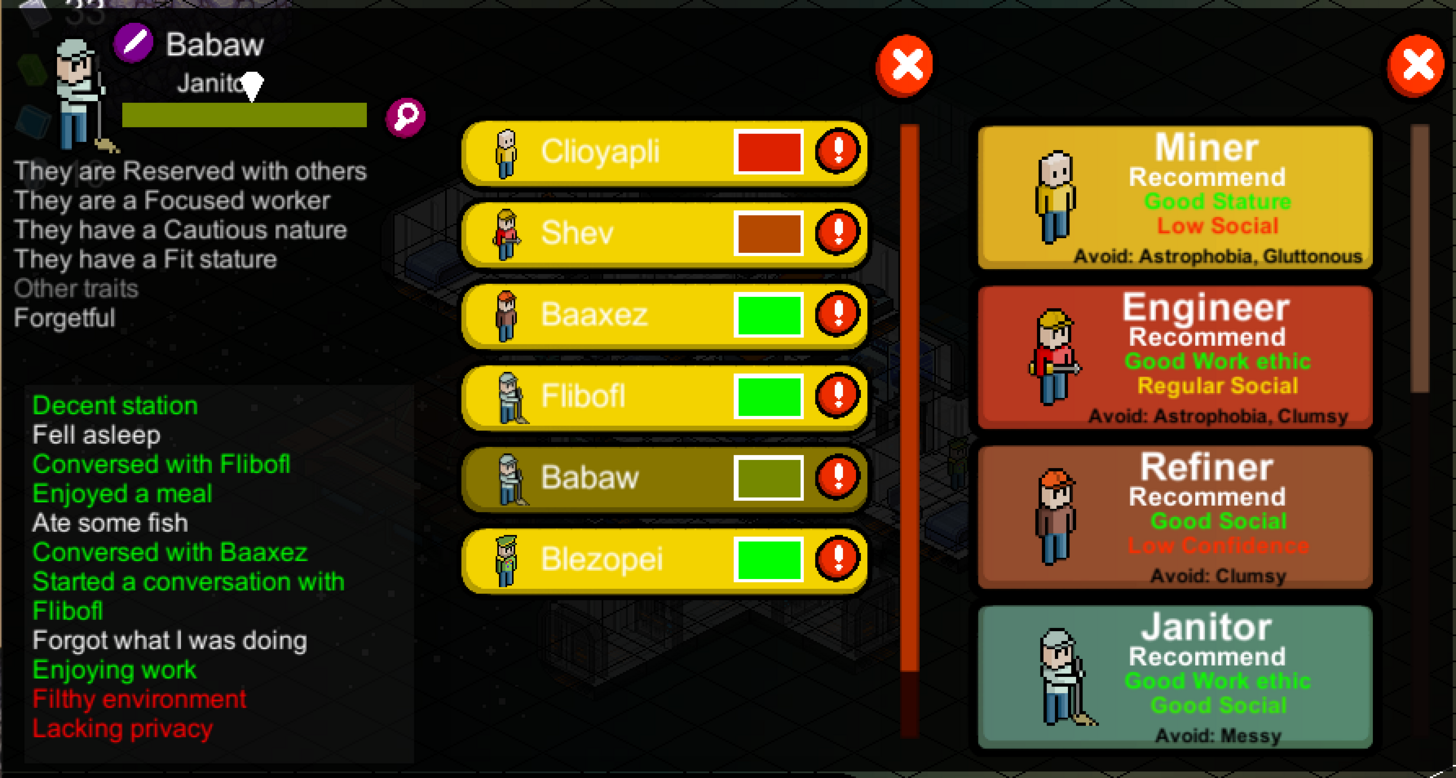 We've created a social system wherein different Meeple Jobs are favorable to certain traits. Not all traits are positive, some, like filthy or antisocial are actually quite negative in social environments. 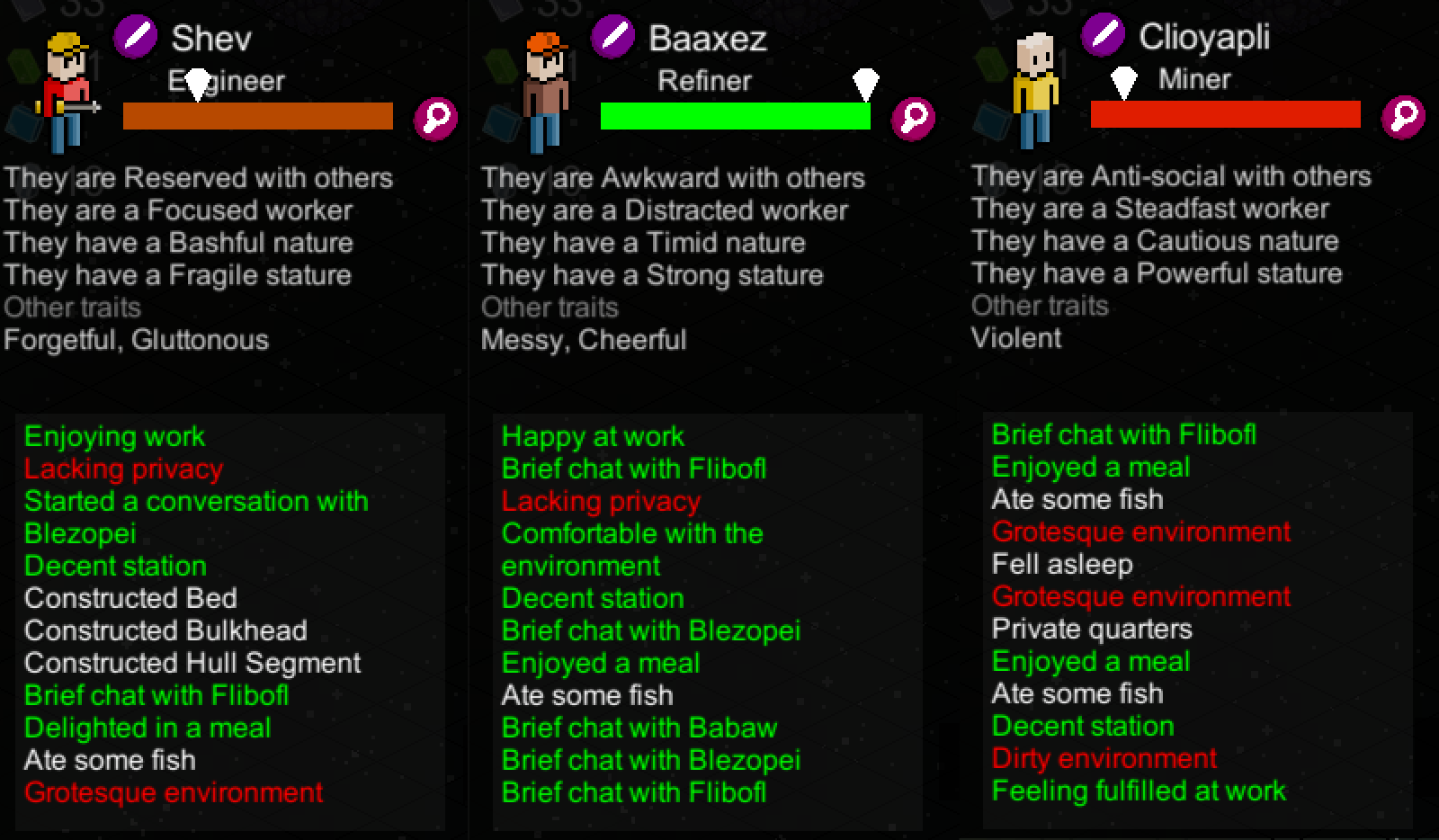 A filthy Meeple will not be liked because he's always creating a big mess for example, meaning janitors with this trait will probably be much less successful at their job. The entire system is built for emergent gameplay.

There is a new heirarchy system as well, wherein you have to unlock different jobs by posting different people to their new ranks. This make it so that people better suited to leadership roles with better leadership and charisma perks will do better than people with say, craven perks.  Miners for example, will benefit from anti social and filthy traits, while they will have detracting buffs from "afraid of space" traits!

Here are two refiners cursing at each other constantly for reference. Good stuff! Remember everyyone if you enjoy what you see, and want to be kept up to date with the latest in Meeple Station news. Please wishlist the game here https://store.steampowered.com/app/900010/Meeple_Station/ and our discord server https://discord.gg/eGhaPva and remember, there is a DEMO here https://voxgames.itch.io/meeple-station